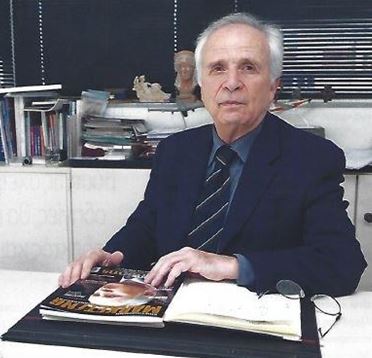 50 years ago, on September 30, 1971, the decision for the establishment of the DELTA Schools was published in the Government Gazette in the name of our director K. Karkanias.

Our school was founded in 1972 and started operating as part of the DELTA Schools to teach Greek to prospective foreign students.

After 1980 we decided to offer Greek language courses to students outside the DELTA Schools under the name Center of Greek Language and Culture MEGAS ALEXANDROS.

That is why this year we also celebrate the 50 YEARS DELTA and we will participate in all the relevant events, the initiative for which K. Karkanias has undertaken at the moment. It is known that many well-known schools in Greece and abroad were created directly or indirectly from that original DELTA.

– The IEK DELTA in Athens, Thessaloniki and in many other cities of Greece, the BRITISH HELLENIC COLLEGE, the Center of Life Long Education 4 EPSILON and the Hellenic Center for Psychotherapy through the Arts in Athens.

The above educational units today and since many years are completely independent but maintain the same desire to offer a high level of education. Also from since the 70’s ALPHA PUBLISHING was founded, that has published a lot of books for the teaching of Greek language to foreigners.

Presentation for greek food and diet

The customs of Clean Monday