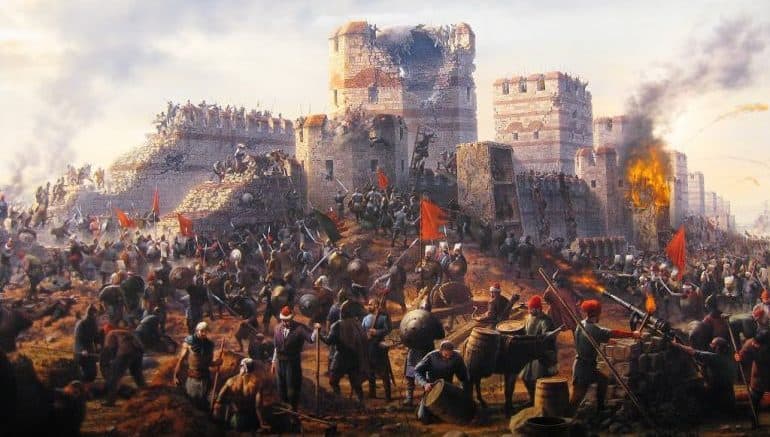 A sad anniversary for the Greeks, a joyful one for the Turkish people.

567 years ago the Otthomans have conquered Contantinople, the capital of the (Eastern) Roman Empire since 330 A.D. It’s name means “the City of Constantinus”, the Roman Emperor who move there the capital of Rome.

Constantinople has been for more than 1000 years the biggest European City and this is why it was usual to call in briefly the “POLIS” (=city).

It should be noted that the current name of the city is Istanbul which derives from the Greek -is tan polin- meaning – to the city.

Enjoying the sun at our garden!