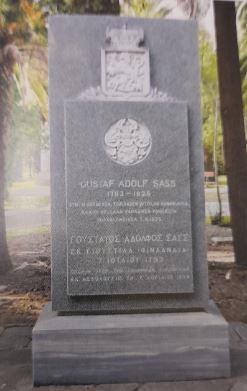 Last week our principal presented to our new students a brief history of the Greek Revolution of 1821 and in addition spoke to them about:

Many of the students knew about the Philhellenes from their countries, such as Ludwig, King of Bavaria, and Adolf Sass from Finland, and a discussion about them ensued.

Special mention was made of the monuments that exist in the Garden of Heroes in Messolonghi, the Sacred City of Greece for specific Philhellenes or in general for the Philhellenes from specific countries.

Photo of Ludwig  and a monument about Sas

Playing the bouzouki in Athens