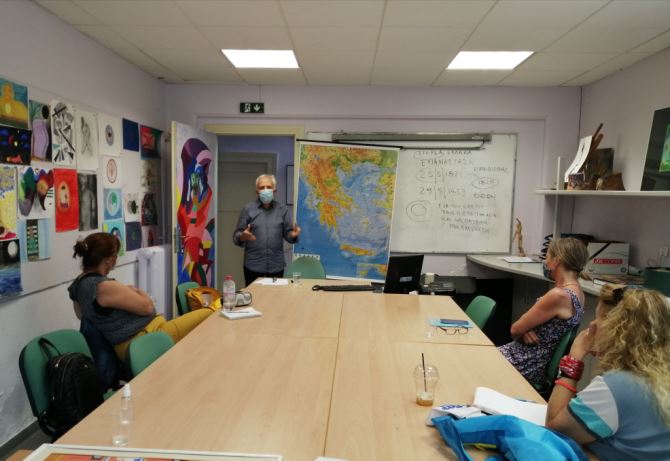 This year in Greece we celebrate the 200th anniversary of the Revolution against the Ottoman Empire, which resulted in the creation of a small free Greek State. Celebrations were planned throughout the country in each city, which due to the epidemic were either canceled or moved.

We had also planned various actions which we are just starting. So today our principal presented to our students in Athens a short history of the Revolution from 25/3/1821 until the Liberation in 1829.

On the other hand, our director participates in the Committees for the organization of the Celebrations of the Region of Western Greece and the Municipality of the Sacred City of Messolonghi and has already spoken and will speak at various events during the year.

Visit by our former student, Anja