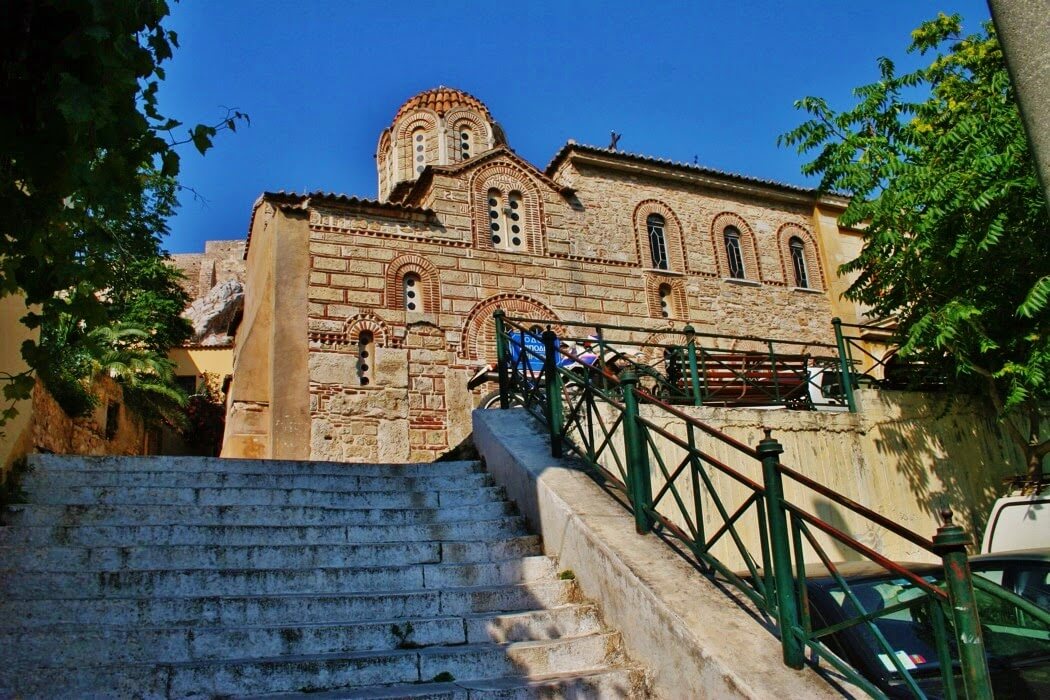 We followed with students the Sunday mass at the oldest operating Byzantine church in Athens, Saint Nicolas Ragava. The church is located in old Athens, area of Plaka, just below the Acropolis. It has been built during the 11th century, probably by Ragava family. Most of the ancient wall and roof paintings have lived up to today.

Our director guided one of our students, a professor from a Christian University in Africa, and he helped him understand what happens during the ceremony. It is worthwhile to note that our student knows the Greek of the Bible and had been able to follow the priest when he read a passage from Marc’s gospel and also a passage from Saint John’s catholic Letter.

It should also be noted that we know the priest, Father Alexandros, who is always ready to answer questions of students.

After the mass, following the Greek tradition, we drank a Greek coffee at a very picturesque coffee shop near the church and discussed about religion and everything under the sky.

GOODBYE TO OSCAR AFTER HIS 3-MONTH LONG STAY