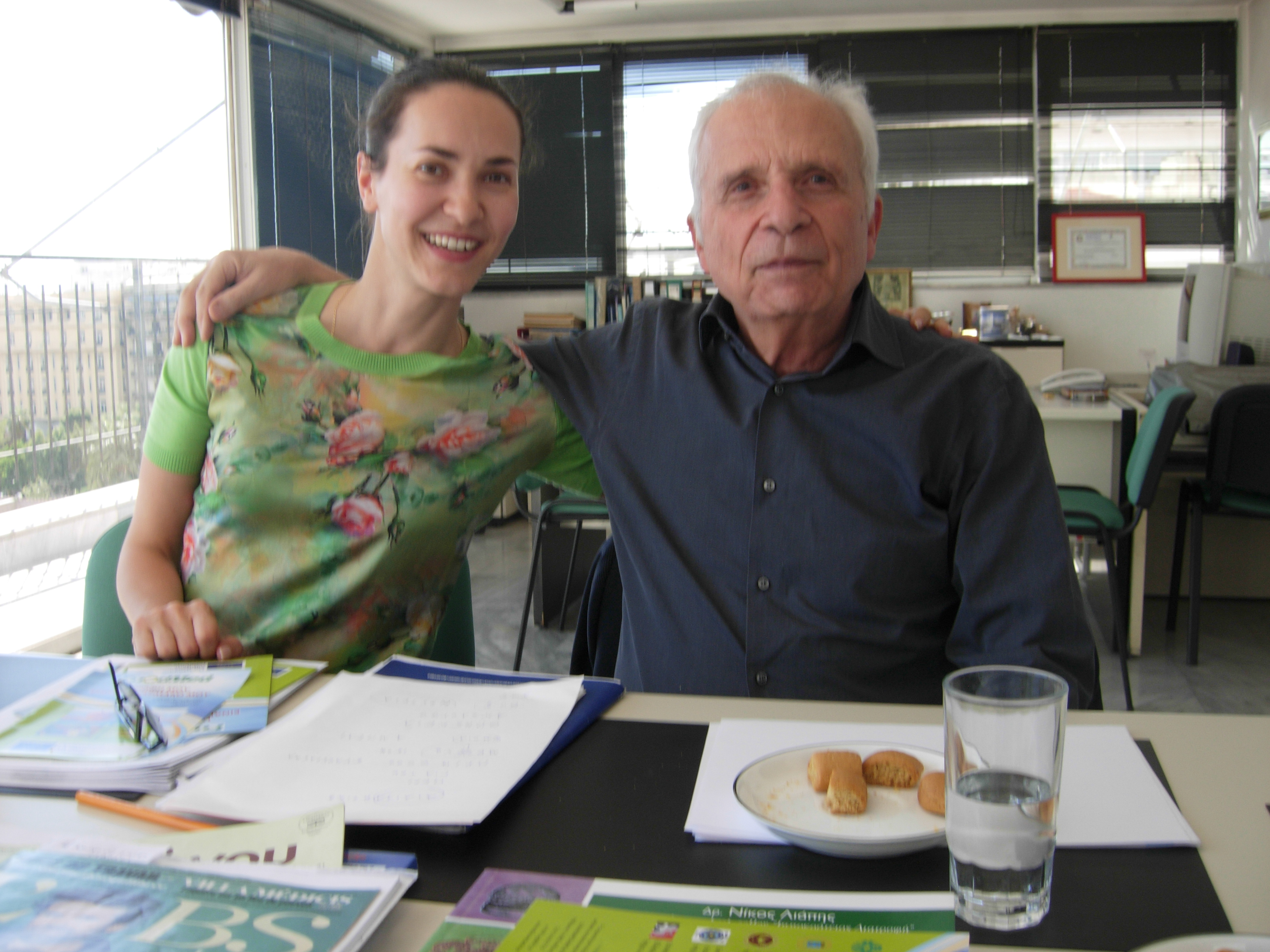 Yana is a Russian who has been our student at level A1. She belongs to a very ancient group of Greeks who lived in the Crimean Peninsula since perhaps 3000 years. She describes briefly the Odysseia of her family at the request of our director K. Karkanias.

I consider myself to be very lucky to inherit the genes of two such great cultures as the Russian and the Greek. The Greeks in my family are all on my mom’s side. Her family is from Ukraine – then one of the Soviet republics, from Mariupol region. As far as I was able to trace the history back, my ancestors were Greeks from Crimea, and were moved to Mariupol by Catherine the Great in 1780s after the Russian-Turkish war. The rural settlement in Mariupol region where my ancestors lived was set up by Greeks and called Vizantia (wich during the Soviet time was renamed to Kluchevoe, and still exists under this name).

My grandma tells me that her great-great-grandfather, Theodore, had 8 children. Together with his kids he managed to create a very steady farm, which was doing rather well financially. So the family was able to build a big beautiful house and hire people to help them on the farm. However, after the revolution in 1917, the Bolsheviks expropriated the land and all the property for the “needs of the soviet government”. So my family was deprived of their house and farm. The land of the farm was turned into a kolkhoz – collective farm, the house was turned into a culture club for kolkoz people… As a compensation for what was taken from them, my family was allocated by the bolshevik government a much smaller place to live in. The beginning of Soviet times was generally full of injustice and pretty tough for the whole country, but even more so for non-Russians. For example, they were afraid to teach kids Greek language – all the foreigners were always under suspicion and could be easily proclaimed enemies of Soviet Regime just for speaking the ‘wrong’ language. That’s why neither my grandma nor my mom, aunts and uncles speak Greek. However the times change, and now looking back at my family’s story, I feel I am so lucky to have a choice where to live and which language to speak.

My grandma continued to live with her family in Vizantia (Kluchevoe) until she met her future husband from a nearby village, who was also from a Greek family. Unfortunately I know almost nothing about my grandpa’s family as my grandparents divorced soon after my mom was born. When my mom turned 10, my grandma moved to the very north of Russia, to a city of miners, called Vorkuta, which is just 200km from the Arctic Ocean. That’s where my parents met, et voila! – I was born. When I turned 18, my parents and I moved to Moscow. Even though I am Greek only by half, the call of blood is not something one can ignore. I was always interested in Greece and Greeks, their language, traditions and habits. Now I am a member of the Moscow Society of Greeks – which is a pretty large organization which unites the muscovites of Greek origin and philhellenes of Moscow.

Another distinction for our school!

OUR STUDENTS – ANNA FROM UKRAINE LEFT OUR SCHOOL AFTER 2 MONTHS!