When I decided to take Greek lessons after my retirement, I usually encountered the question “why?”.  I had no specific answer to this question until it dawned on me that I had grown up listening to Greek, something my parents did when they did not want me and my sister to hear.  Yes, both my parents’ families were originally from Ioannina, or Yanya as they would say.

My father was born in Ioannina in 1914 and he came to Turkey around 1924 with his mother as his father had died earlier.  My maternal grandparents were both born in Ioannina and they came to Turkey around 1915.  My mother was born in Turkey.  I remember my grandmother’s mother whose Turkish was not fluent at all, thus she preferred speaking Greek with her daughters.  Thus, my mother, although born in Turkey, learned Greek and now, at 93, practices her, and/or tests my level of, Greek with me.

Neither my father nor my grandmother talked much about their life in Ioannina and we, me and my sister, never questioned it, I guess because we were too young to be curious about our roots (my father and grandmother both died when I was 29).  However, I remember that my parents visited Athens and Ioannina when I was about 20 and I still remember a souvenir from Ioannina sitting in our living room for a long time.

In 2010, we heard about the trip to Greece organized by The Lausanne Emigrants Foundation in Istanbul and me and my sister were on the bus to Greece.  We visited the northern and western parts of Greece, with Ioannina being our last stop.  We looked for our family’s house but unfortunately, it was no longer there.  However, we were able to spot, with the help of a cousin of us, the school which my grandmother had attended: it was a very nice building turned into a post office (pictured below).  Four years later, we did almost the same trip but this time took my mother with us who was as excited and happy as we were…..

(*) Borrowed from the title of a book published by The Lausanne Emigrants Foundation, Istanbul. 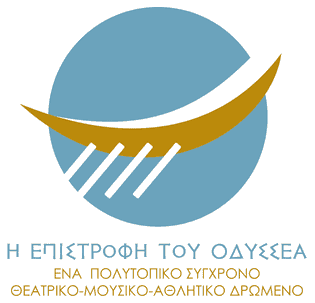